Blog - Latest News
You are here: Home1 / Diary & News2 / More from the natural dyeing course at Ditchling Museum of Art and Cra...

This session was the last for substantive dyes and we used alkanet root, pomegranate peel and cutch (all without a mordant), with the usual four modifiers.

This time I tried a different method with the alkanet root, which I soaked in vodka for 3 days before the workshop. This is because the red pigment in alkanet root is not soluble in water but should be soluble in neat alcohol. I have tried rubbing alcohol but I found that the slight improvement in colour in no way compensated for the unpleasant fumes of the dye bath. I had read that vodka might be a useful alternative, so I decided to try that.The vodka was then used as part of the dye bath, with water added. This might seem like a rather unsuitable use of vodka but it was the best alternative I could find.  In fact, I wouldn’t waste good vodka again, as the difference in colour, compared with the results without vodka, was negligible. 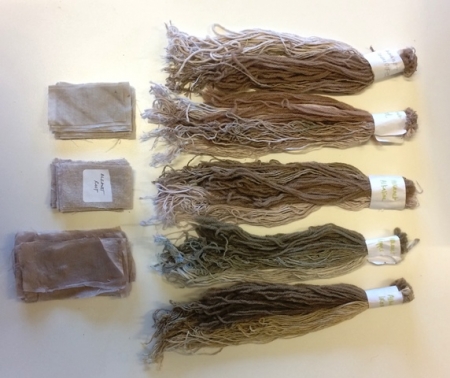 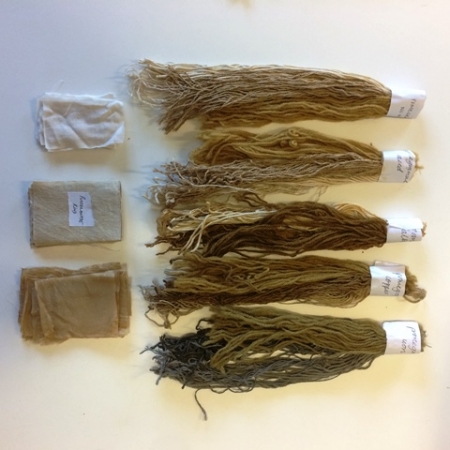 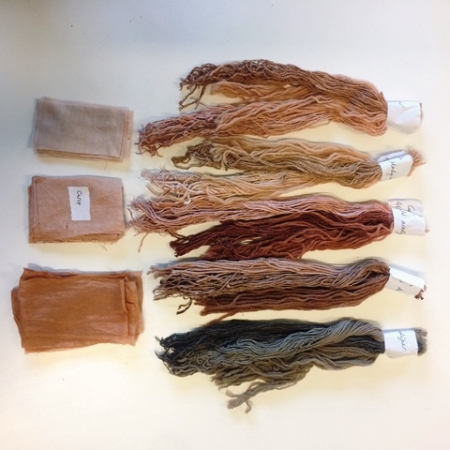 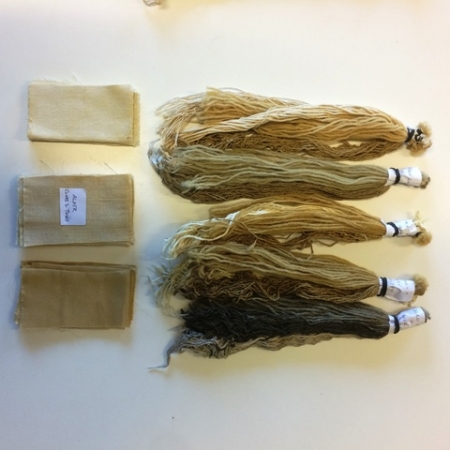 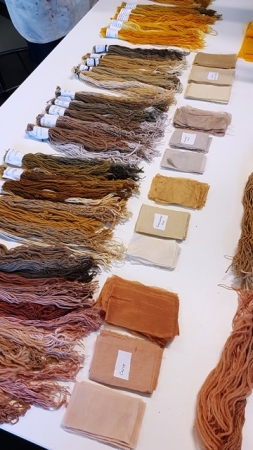 Some results laid out on the table  (Photo by Lizzie Kimbley)

Focus on Tannin Results from walnut hulls
Scroll to top